Working for the Future

It's People that Bring Business to Life

Brenda Palmer, 86, has worked at the Coles supermarket at Malvern for nearly 51 years and is Coles longest-serving checkout operator in Australia.

Brenda first started working at the store in Glenferrie Road on July 19, 1967, and now works four mornings a week, beginning each day at 6.30am.

She first began working at the store after seeing an advertisement for part-time employees. She decided to apply and first started off in the deli before moving to the checkout full-time.

Brenda is a well-known face with customers. She counts many customers as her friends and now serves the grandchildren of the customers she first served in the 1960s.

Stores have changed significantly since the 1960s and Brenda can recall the days before telephones when checkout operators used bells to communicate to managers and the rest of the team. The biggest changes Brenda has witnessed over the past 51 years have been the introduction of barcodes, scanning and then EFTPOS, which have all simplified and sped up the work of checkout operators. 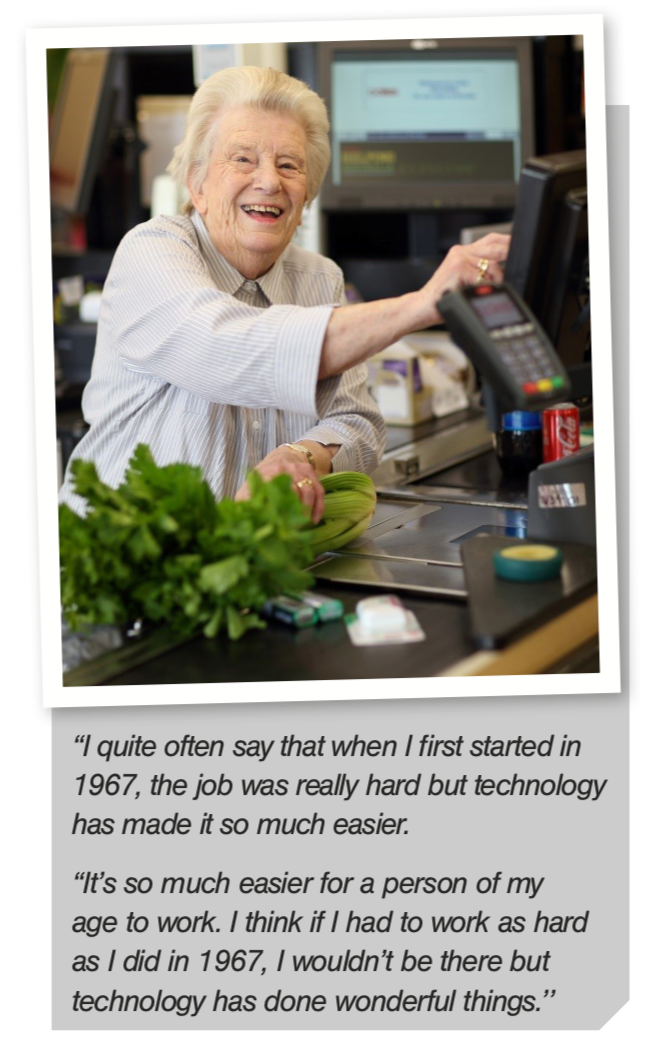 Naomi Beath, 32, is a Kariyarra woman from Port Hedland, who grew up in Karratha with her family. She moved to Perth for high school but dropped out.

She worked for some years in the insurance industry in Perth before returning to Karratha, where Woodside accepted her into an Operations Support Traineeship, designed to support young Indigenous people.

Naomi has now completed more than four years of training with Woodside and two years of employment. She won a WA Training Award in 2016 [Aboriginal and Torres Strait Islander Student of the Year] and was a finalist in the Australian Training Awards.

Ali Assi, 36, is the son of Lebanese migrants. He grew up and went to school in Preston in Melbourne’s northern suburbs and began working immediately after completing year 12.

Ali worked for 12 years at a large manufacturer supplying local car manufacturers. As Ford gradually scaled back production before final closure in October 2016, Ali ‘saw the writing on the wall’ and took redundancy.

Around that time Dulux had the unique opportunity to build a workforce at its Merrifield site from scratch – creating a range of new opportunities for workers in disrupted industries.

Dulux wanted to build a team of people who would look out for each other and take pride in their work.

The company was also determined to create a diverse workforce which reflected the local community in the north of Melbourne, which they did by engaging directly with local community groups and with inclusive advertising for the roles. 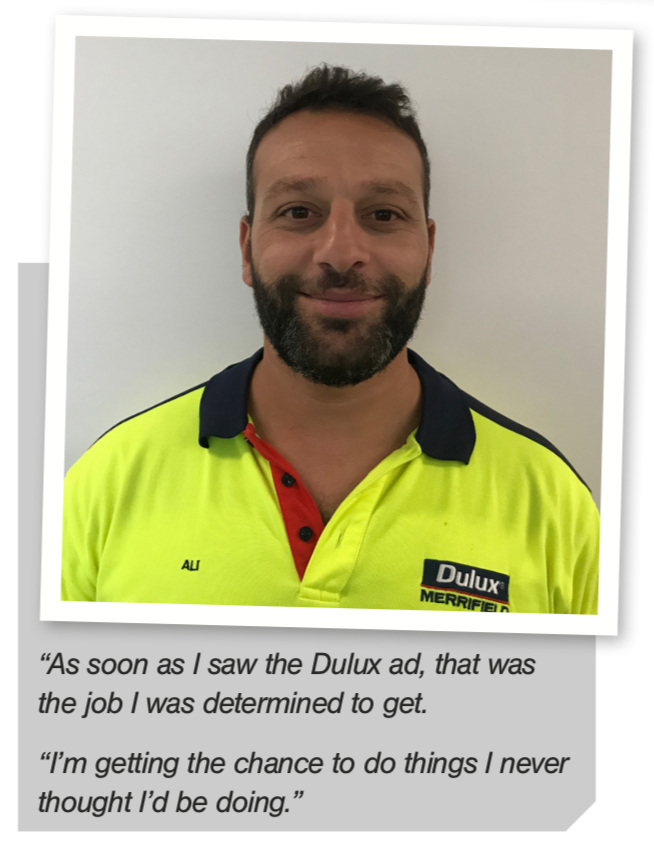 For more information on Brenda Palmer, Naomi Beath and Ali Assi, and to discover other stories about the people who bring business to life, go to www.australia-at-work.com.au.